Sticky Trees offers craft beer drinkers a well-balanced IPA with a moderate ABV and low IBU. We brew this IPA with Mosaic hops and malts typical of an IPA. The flavor is inspired by the variety of flavors a brewer can extract from Mosaic hops.

We filter Sticky Trees for an IPA with a strong grapefruit start and citrus on the nose. A body full of dank resin greets drinkers, before finishing with the crisp, dry finish indicative of a West Coast beer.

This IPA’s flavor isn’t the only thing inspired by life on the California coast. Sticky Trees gets its name from its resinous back end flavors, reminiscent of northern California pines and hops’ cousin, sticky cannabis trees.

This West Coast-style IPA was among Pressure Drop Brewing’s first beers when it was released in November 2017. Its balanced flavors have stood the test of time; Sticky Trees remains one of our most popular brews years later. 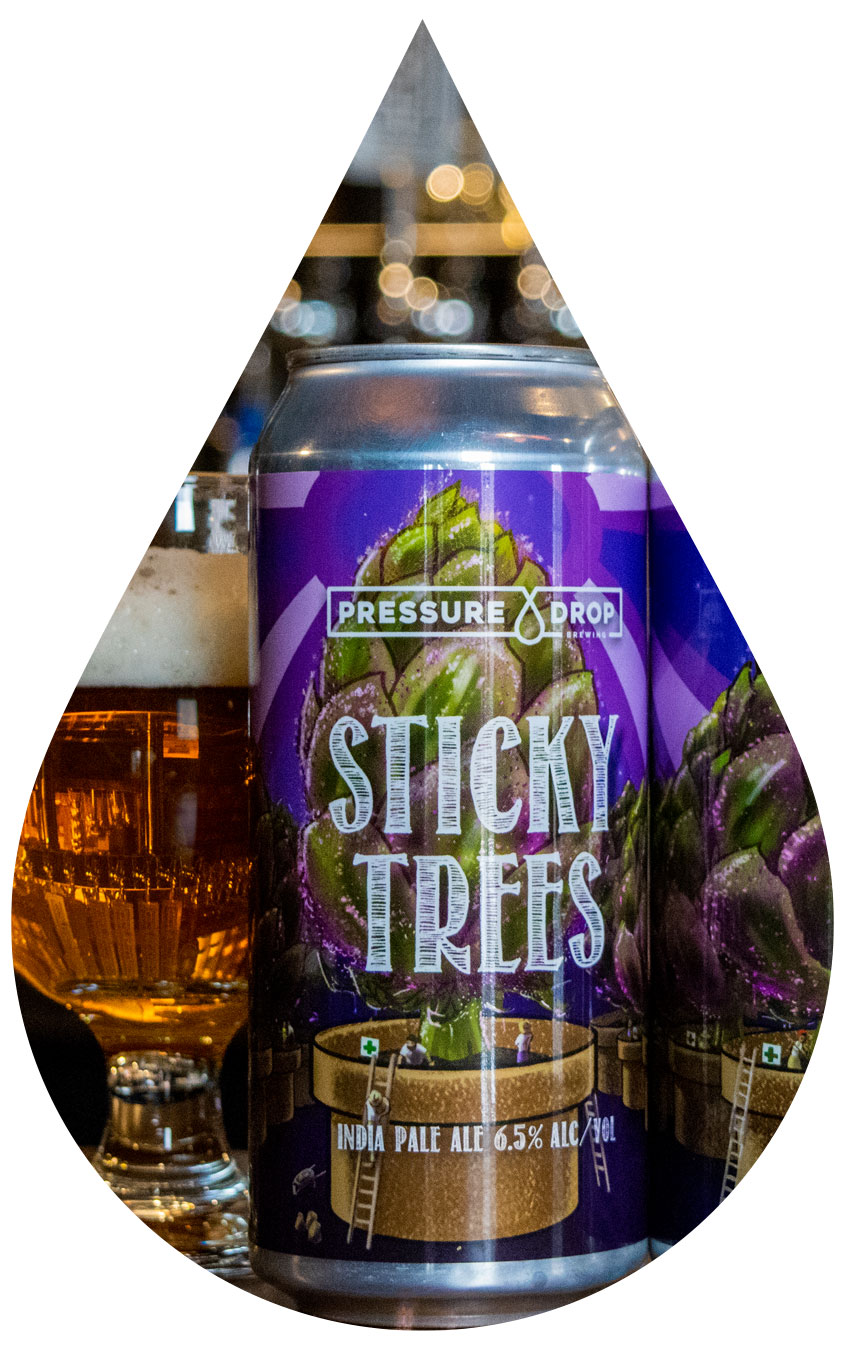